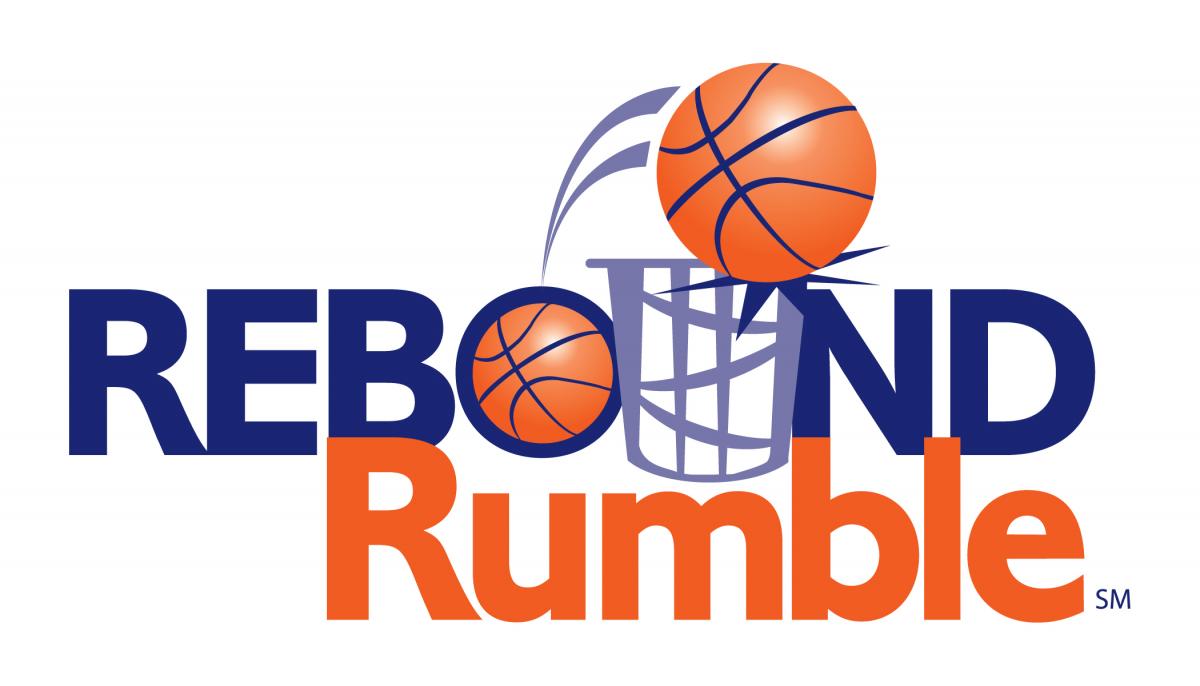 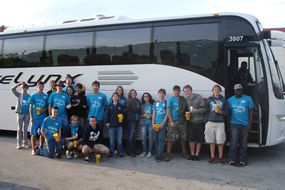 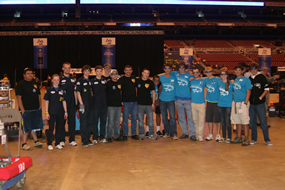 REBOUND RUMBLE™ is played by two competing alliances on a flat 27′ x 54′ foot field. Each alliance consists of three robots. The game last a total of 2 minutes and 15 seconds. It starts off with a 15 second autonomous period in which the team robots, which have been pre positioned and pre loaded with 2 balls at the key of the field by team members prior to the start of the match, try to make as many autonomous baskets as possible. These points are worth slighlty more than regular teleoperated points. After the 15 second period is over the drivers take control of the robot and commence the main portion of the game.
There are several obstacles in the middle of the field. These obstacles consist of three bridges, a red alliance bridge, blue alliance bridge, and a cooperation bridge, all of which are joined by a 4″ x 4″ metal bump that runs from either side of the field. All of the balls that will be used in the game, other than the two balls in each robot, will be located spread out across all three bridges at the start of the game. These bridges are a vital part of the end game; the provide massive points to the allianes. Robots may choose to go over the bridges to cross over to the other side or cross over the bump if their robot is designed to do so.
During the duration of the match there are human players form each alliance that throw balls, that have been scored, back into the field for the robots to pick up and shoot again. Robots are allowed to defend the hoops if an enemy alliance robot enters the key area marked on the field. After the robots of both alliances have shot as many balls as they possibly can, they have to make their way over to the bridges and balance on them with other alliance robots or with enemy alliance robots on the cooperation bridge before the timer hits zero. After the timer hits zero judges asses the bridges to see if they are legally balanced and add points based on how many robots are balanced on each bridge. The cooperation bridge is used during the qualificaion rounds and it is meant for one robot from each alliance to balance on the bridge in cooperation. When the bridge is balanced each alliance gets cooperation points. The winning alliance gets a bit more cooperation points. The cooperation points help out with rankings for eliminations. After the Qualificatons the cooperation bridge is no longer useful so many robots try to tripple balance for major end game points.

The above information is property of FIRST